The American College of Rheumatology (ACR) has released an official position statement on biosimilars,1 on the heels of the first biosimilar approval by the US Food and Drug Administration (FDA). Filgrastim-sndz (Zarxio, Sandoz) was approved on March 6, 2015.2

The statement lists 8 cautionary points,1 including that the size, complexity, and heterogeneity of biosimilars necessitate “a greater degree of scrutiny” than small-molecule generics; that clinical trials are necessary to “provide the necessary level of confidence for their use”; and that biosimilars “must have distinct names” to clearly differentiate them from the original products and to allow ongoing tracking of postmarketing adverse events. The statement also notes that only the prescribing provider should make the decision to prescribe the originator biologic or substitute a biosimilar, but that they also have the right to “dispense as written.”

A joint letter to the Center for Drug Evaluation and Research of the FDA written by officials of the ACR and the Arthritis Foundation prior to the Zarxio approval also made the case for distinct names, including that “biosimilars are not bioequivalent. Biosimilars are not exact replicas of the innovator biologic.”3

ACR president, E. William St. Clair, MD, told Rheumatology Practice Management in a recent telephone interview that “there’s some hesitancy among rheumatologists in switching from a successful drug to a potentially less successful drug….The chances that the biosimilar is effective are quite high….But you also worry about smaller companies with less experience in manufacturing bringing drugs onto the market.…Small changes in the manufacturing process and formulation of the drug can mean significant differences in efficacy and safety.”

Biosimilars are copies of large biologic molecules, such as monoclonal antibodies (mAbs), that have the same molecular sequence. One rheumatology biosimilar mAb, Inflectra (infliximab, Hospira), has been approved in Canada,4 based on 2-year clinical trials and additional follow-up in patients with rheumatoid arthritis and ankylosing spondylitis around the world, including Europe—where it has also been approved.5,6 No biosimilar mAbs have yet been approved by the FDA in the United States.

Experience around the world has shown that biosimilars are significantly less expensive than the brand-name equivalents—and an ACR press release about the position statement acknowledges this by quoting St. Clair, stating that “biosimilars provide an opportunity to reduce treatment costs.”7 However, this is immediately followed in the news release by his caveat that “close monitoring of possible differences in the safety and efficacy of biosimilars and interchangeable biologics is needed as they enter the market. It is uncertain whether patients will respond to these drugs the same way they would an original biologic, because biologics are very sensitive to manufacturing changes.”

Rheumatology Practice Management contacted Hospira for a comment. Julie Ferguson, Senior Manager of Global Public Affairs at Hospira, Inc., in Lake Forest, Illinois, responded via email that Hospira has great respect for the ACR’s commitment to rheumatology patients, but the company has a different perspective.

“Thousands of patients in Europe, Australia, and elsewhere have already benefited from the increased choices and savings provided by biosimilar medicines, and we’re encouraged that the FDA has taken a major step to allow American patients to share in these benefits by approving the first biosimilar in the United States earlier this month [March],” wrote Ferguson. “We look forward to sharing our expertise and experience with the College to provide information on the strong track record of safety and effectiveness of these medicines. This is an exciting time for ACR and the patients they serve, as soon, people in the US suffering from these chronic diseases will have access to safe, effective and more affordable biologics.” 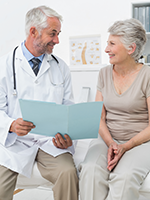 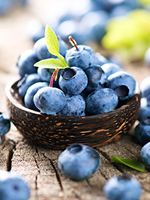