Will CMS Delay the Implementation of MACRA?

While testifying before the Senate Committee on Finance on July 13, 2016, the Centers for Medicare & Medicaid Services (CMS) Acting Administrator Andrew Slavitt said that the agency would consider delaying the implementation of the Medicare Access and CHIP Reauthorization Act (MACRA) to address physician and stakeholder concerns.

Signed into law in 2015, MACRA will dramatically change the reimbursement of physicians managing Medicare beneficiaries and has been criticized by many physician groups and other stakeholders, including oncologists. CMS is expected to release the final rule about MACRA in November 2016, and the current intended start date is January 1, 2017.

US Senate and Finance Committee Chairman Orrin Hatch (R, Utah), who led the hearing with Senior US Senator Ron Wyden (D, Oregon), noted that many physicians were concerned with the short turnaround time between when the final rule is expected to be released and when implementation begins. “I’m sure there are pros and cons to any set start date, but this seems to me at least a legitimate concern,” Sen Hatch said. “Considering that this MACRA law does give CMS flexibility as to the start of the physician reporting period, what options is CMS considering to make sure this new program gets started on the right foot?”

Mr Slavitt agreed that launching the program on the right foot was a priority for CMS and “that every physician in the country needs to feel like they are set up for success.” He added that CMS was considering alternative start days and “looking into other ways for physicians to get comfortable with the program before the impact really hits them.”

Mr Slavitt reiterated several times throughout the hearing that CMS was relying heavily on stakeholder and physician feedback. “Since proposing the rule, CMS has conducted extensive outreach to providers and other stakeholders to ensure that we get their feedback on our proposal,” Mr Slavitt said. He noted that more than 3875 comments were made during the comment period.

Sen Hatch, who called for an “ongoing need for refinement,” proposed that CMS publish an interim final rule this fall so that various healthcare stakeholders could have more time to comment, which, Mr Slavitt said, is something that CMS would consider.

“We know that this is a long process. We know that we are only taking the first step in the first years of implementation. CMS needs to really shorten the window and close the gap between the actual practice of medicine and policy implementation. That really is our job, and this process has allowed us to get closer to that,” Mr Slavitt said.

Several senators were also concerned about the impact that the 2 components of MACRA, Merit-Based Incentive Payment System (MIPS) and alternative payment models, would have on rural and small practices, which, as Sen Wyden pointed out, have very different dynamics than practices in other settings.

Mr Slavitt said that CMS was aware of the large number of comments and concerns regarding rural areas and small practices, and was looking at possible solutions, such as changing how practice performances are compared, creating “virtual groups” where small practices could join and combine MIPS reporting, and limiting the overall burden of reporting.

Mr Slavitt pointed out that reducing the burden of reporting is an objective that CMS is working toward, because of the impact it will have on all practices. The agency has solicited input on the topic and is open to a number of ideas, including the use of automated data feeds and limiting the amount of reporting needed for physicians who are known to be doing well.

“I think we all have a shared national goal to simplify the health care system, because there are really only 2 tasks that physicians do every day: they’re either seeing patients or doing some form of paperwork. So the less time we can have them focus on the latter, the more time they’ll have to take care of the people who really need to be taken care of,” Mr Slavitt said. Implementation of ICD-10—Is That It?
Karna W. Morrow, CPC, RCC, CCS-P, PCS
Rheumatology Practice Management April 2016 Vol 4 No 2 published on May 18, 2016 in Reimbursement 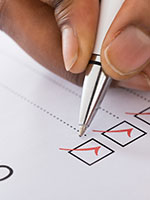