On January 20, 2017, the Institute for Clinical and Economic Review (ICER) released a Draft Evidence Report evaluating the clinical effectiveness and relative value—including value-based price benchmarks—of targeted immune modulators used to treat patients with moderate-to-severe rheumatoid arthritis (RA).1 The basis of this analysis was a review and network meta-analysis of clinical research, including 67 randomized clinical trials and 17 observational studies.2

All interested parties, including clinicians, payers, and patients, were given the opportunity to submit formal comments regarding the report and the draft voting questions. A new version of the document, which incorporated any changes based on feedback received during the public comment period, was posted on ICER’s website.

In late March 2017, the Draft Evidence Report was the topic of a public meeting held by the New England Comparative Effectiveness Public Advisory Council in Boston, MA, where recommendations were deliberated by an expert policy roundtable. During this meeting, the council voted on questions brought up in the Draft Evidence Report. Attendees were also given the opportunity to make oral comments during the meeting.

On April 7, 2017, ICER published a final version of the report, “Targeted Immune Modulators for Rheumatoid Arthritis: Effectiveness & Value.”2 Although the organization acknowledged that targeted immune modulators are very effective in the treatment of patients with moderate-to-severe RA, it also asserted that none of the 11 agents reviewed (Table) could be considered cost-effective based on the results of its analysis.3

“Since the late 1990s, TIMs [targeted immune modulators] have contributed to a revolutionary shift in how RA is treated. Evidence suggests these drugs are highly effective, and patients attest to their life-changing effects,” said Steven D. Pearson, MD, MSc, Founder and President of ICER, in a statement released by the organization.

“Their high costs, however, lead payers to institute step therapy and prior authorization requirements that are often based on the level of rebate provided and are difficult for both patients and physicians to navigate. Too many patients struggle to access the therapies they need and miss out on the advances in treatment that they provide,” he added.

ACR Weighs in on ICER’s Standpoint

In response to ICER’s conclusion that the price of targeted immune modulators exceeds the accepted threshold for cost-effectiveness, the American College of Rheumatology (ACR) released a statement expressing its concerns.4

“Based on our in-depth review of ICER’s early draft and our preliminary and ongoing review of the final report, we would like to express our concerns over ICER’s approach, methodology, and conclusions as we think ICER’s report may result in reduced patient access to medically necessary treatment for RA,” said Sharad Lakhanpal, MBBS, MD, President, ACR, in the press release.

Although the ACR acknowledges the importance of comparative effectiveness research, Dr Lakhanpal asserts that such inquiries should not be used to direct patients toward therapies that do not provide the most benefit.

“Ideally, CER [comparative effectiveness research] would highlight the need for multiple treatment options to address heterogeneous groups of patients with individual and unique co-morbidities. The ACR is concerned that the ICER report, while based on a commonly used method to assess cost-effectiveness, provides insufficient information on model structure and validation. Furthermore, while the final report confirms the important clinical impact of biologic therapies for RA patients, we are concerned about potential unintended consequences that may limit access to effective treatment for RA patients for whom there are no medically appropriate alternatives,” he said.

Dr Lakhanpal noted that the ACR will provide more extensive comments in the future, pending further review of the final report.

“The rheumatology community appreciates ICER compiling this report as more research is needed to help address the various treatment options available for patients living with RA,” he concluded. 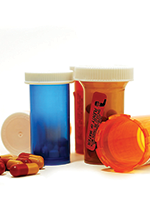 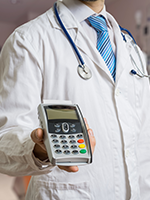 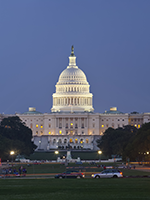 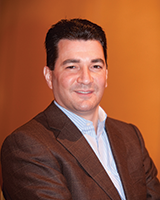 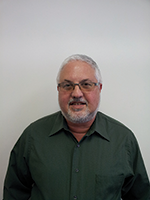