The National Organization of Rheumatology Managers (NORM) is pleased to give readers the opportunity to learn more about another one of our members, Hana Ali, MBBS. Hana is a trained physician who made a conscious decision not to pursue a license to practice medicine. Instead, she chose to invest her time and talents into helping her husband grow an independent rheumatology practice. Fast forward 12 years, they now have a thriving practice and newly negotiated contracts with major insurances.

Recently, Hana felt the need to step out of her comfort zone and expand her horizons. With an abundance of courage and a deep sense of service to community, she launched her campaign for the Tennessee State House’s District 45 legislative seat, based in Sumner County.

“We all know too well that healthcare needs to be fixed, not just for patients but also for physicians,” Hana notes. “Approximately 54% of physicians report burnout, and 1 physician commits suicide in the United States every day, which is the highest suicide rate of any profession. Clearly, there is an urgent need to address physician wellness and burnout.”

Hana has worked as a healthcare executive for 2 decades and says she will be a strong advocate for physicians. “It is about time we have a physician at the table, writing state healthcare legislation,” she asserts. Being a longtime member of NORM and the Tennessee Medical Association, she has been at the forefront of defeating legislation that adds a burden to physicians. The ever-changing landscape of healthcare has made it difficult for physicians to keep nobility in this noble profession.

“Physicians need a voice at the state legislature level,” she says, adding that “finding solutions to reduce administrative burdens is a priority.” Hana says she will work to repeal provisions of Tennessee state laws and regulations that have little value, but that cost time and money for physician compliance. Earlier this year, she actively supported legislation that helped remove a certification burden for physicians in Tennessee with a new law that will prevent the maintenance of certification from being required for state medical licensure.

Hana stresses the importance of staying informed about the proposed changes to Medicare and Medicaid reimbursement that were announced in July of this year. “Proposed changes to the 2019 Physician Fee Schedule would increase the amount of time physicians and other healthcare providers spend with their patients by slightly reducing the burden of Medicare paperwork,” she says. “However, this would translate into $20,000 to $25,000 in annual loss of revenue for physicians.”1 She also voices her concern over rumors regarding the move of Medicare Part B drugs to Part D. “It would subject patients to dramatically higher out-of-pocket costs since Medicare supplemental insurance plans are not permitted to pay for Part D cost-sharing under current law.”

Hana believes it is important to address the worsening shortage of rheumatology specialists, as well as the growing burden of processing prior authorizations, which she labels a “Sisyphean task.” According to data from the Arthritis Foundation,2 approximately half of all rheumatologists plan on retiring over the next decade, whereas demand for their services will continue to grow. In raw numbers, in 2015 there were 5415 full-time rheumatology services providers in the United States, including physicians, nurse practitioners, and physician assistants. By 2030, this number will decrease to 4051, whereas demand for rheumatology specialists will increase by 25% to 50%. “This gap between supply and demand will only grow wider as the US population continues to age,” she cautions.

Hana cites the following reasons why state legislature races are so important:

“Physician rights and reimbursements have been on the chopping block for too long. At the same time, physicians are extending more credit than any business, except banks. If we choose to stay away from political participation, we will always be sidelined when it comes to decision-making regarding healthcare policy. For those in the healthcare community, it is time to organize and develop a long-term vision,” Hana concluded. 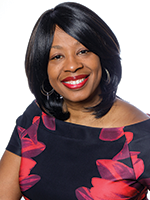