Recruiting for Retention in Rheumatology: Best Practices in 2019 and Beyond

Grand Rapids, MI—There is a current shortage of full-time rheumatology providers in the United States, and it is only getting worse. In the next decade, adult patient demand for arthritis care is expected to increase 25% to 50% because of the aging population, and ultimately, the supply will be one-half of what is considered optimal.

According to Michael R. Byman, Senior Director, Jackson Physician Search, Atlanta, GA, and a leading authority on medical staffing trends, successfully recruiting for retention in rheumatology requires that those doing the recruiting first understand what is driving the physician shortage, so they can then set themselves apart and offer competitive opportunities to desirable candidates.

“With current data suggesting we’re primed to face a 50% shortage of rheumatology providers by the year 2030, understanding the competitive landscape is the first step to recruitment success,” Mr Byman said.

At the 14th annual National Organization of Rheumatology Managers Conference, Mr Byman provided an overview of the state of the rheumatology provider market and outlined practical recommendations that organizations can incorporate into their recruitment and retention strategies.

So, what is driving the shortage? According to Mr Byman, approximately 50% of rheumatologists in the United States are aged >55 years. These physicians plan to retire in the next 10 years, and there are simply not enough new physicians to replace them. In addition, too few rheumatologists live in rural communities, with nearly half practicing in the same state where they completed residency.

Importantly, millennials in today’s workforce are now demanding a better work-life balance, and many will not settle for too much work and not enough “life.”

“The new physicians coming into the field have a different mindset compared to the ‘old school’ mindset,” Mr Byman said. “They’re more focused on quality of life.”

As a result, these physicians will see fewer patients per year. Right now, this generation of workers makes up only approximately 6% of the workforce but is set to account for 44% by the year 2030.

However, the demand for rheumatologists is not decreasing, leading to a “concerning” imbalance, according to Mr Byman.

“I can guarantee you that about 80% of rheumatology practices right now are recruiting,” he said. “So, there is a lot of competition out there in the same specialty.”

According to Mr Byman, rheumatology practices should provide high-quality incentives to attract the right candidates and should be as transparent as possible regarding how their particular compensation formula works.

“Especially in private practice, they’re not just looking for a warm body,” he said. “They’re looking for someone that can become a partner and stay long term.”

However, finding these ideal candidates takes time and resources, both scarce commodities for many medical practices. To make a practice competitive, it is necessary to create a compensation package focused on salary, benefits, bonuses, and incentives, he said.

Recruiting incentives have changed over the past 5 to 10 years. Many candidates now seek out incentives, such as student loan repayment, signing bonuses, and paid time off (in addition to a generous salary). Since the market is so competitive, some of these incentives are almost considered a “given” for physicians being recruited.

Many medical school graduates have an average of $175,000 in student debt. Investing in new employees by helping them to pay that back in ethical ways, through forgivable loans and student loan forgiveness programs, can help a new physician and his or her family immensely while also benefiting the practice in the long run.

A forgivable loan incentive is almost like a “retention bonus,” Mr Byman said. For example, a physician might be given $150,000 up front, paid upon signing. This loan could be interest-free (unless he or she leaves within 5 years), then 33% is forgiven after year 5, 33% after year 6, and 33% after year 7.

“Money’s not everything, but it’s extremely important to understand that you’re not just recruiting the physician; you’re recruiting an entire family,” he said. “They want to feel secure that first year; you’re going to have to be competitive.”

According to Mr Byman, the idea of offering these large sums of money upfront—in the form of signing bonuses, quality bonuses, retention bonuses, and productivity bonuses—has not always been the norm.

“But that is often how it works now,” he said. “The important part is finding a productivity bonus that’s going to fit the incoming physician as well as the organization. And that can be a challenge, but one that a recruitment consultant can assist with overcoming.”

The interview process should be personalized and tailored to each family, not only to the physician. If the community and culture of an organization does not match up with the culture of a physician’s family, he or she is most likely not a good match. Involve the spouse and the family in that process, he emphasized.

Focus on the passive market (physicians who are interested but not proactively looking for a new position) who will move for the right opportunity, he said. Look at the overhead in your practice; find ways to create aggressive bonuses or incentives (eg, patients seen, amount billed), and find the ideal threshold where physicians can then build upon their base salary.

Remove obstacles, control the variables that you can control, and eliminate “we can’t” from your vocabulary, he said. Instead, focus on how you can.

The point is, actively recruiting rheumatology practices should always consider how they can give back to these candidates and their families if they want to attract and retain them for the long-term, said Mr Byman.

“Recruiting in rheumatology is challenging. It’s a unique specialty because there’s so few out there, and there’s only going to be fewer,” Mr Byman added. “But there is definitely going to be a community need, and that will create more competition when it comes to compensation and incentives.” 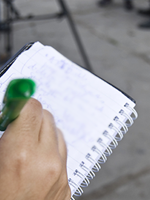