Contemporary treatment has led to improvements in survival for all patients with metastatic testicular germ-cell tumors (GCTs), including poor-risk patients, although they still have worse survival. A new study shows that if poor-risk patients receive curative therapy and survive for at least 2 years, their survival approaches that of favorable-risk and intermediate-risk patients. The study supports no further routine scanning 2 years after diagnosis in surviving patients.

A second study of treatment at a single institution over 14 years supports improved survival for patients with metastatic testicular GCTs in the contemporary era.

Both studies were presented at the 2016 Genitourinary Cancers Symposium.

“This is the first study to look at conditional survival with stratification. These were unselected real- world data from over 2 decades of clinical practice,” said lead investigator Jenny J. Ko, MD, British Columbia Cancer Agency, British Columbia, Canada. “These findings have implications for survivorship, for counseling patients, and for applying for life, disability, or medical insurance.”

“GCT is an uncommon tumor. It is unknown how the initial risk changes over time for those patients who survive after curative treatment (ie, conditional survival),” she explained.

The retrospective study included 942 patients with metastatic testicular GCTs who were treated at 5 tertiary cancer centers. The primary end points were 2-year conditional overall survival (OS) and 2-year conditional disease-free survival, which were assessed for an additional 2 years after the start of curative treatment.

The 2-year conditional OS rates were 97% at baseline and 99% at 24 months in favorable-risk patients, and 94% and 99%, respectively, in intermediate-risk patients.

These findings were independent of the baseline IGCCCG risk stratification and tumor histology. Patients aged >40 years had inferior 2-year conditional OS from 0 to 18 months, but no age-related differences were observed after that.

A retrospective analysis identified 1341 patients with metastatic testicular GCT who were treated consecutively at Indiana University from 1998 to 2012; 615 patients received initial chemotherapy with cisplatin (Platinol)-based combinations and were the focus of the study. The median follow-up was 60 months.

“We found that overall survival and progression-free survival have improved in the modern era compared with previous data from the 1990s. We saw this in all risk groups, but particularly in poor-risk patients,” said lead investigator Nabil Adra, MD, Indiana University Melvin and Bren Simon Cancer Center, Indianapolis.

In favorable-risk patients, the 5-year progression-free survival rate was 88% between 1975 and 1990 according to the IGCCCG, whereas it improved to 90% in the Indiana University data set. The 5-year OS rates were 91% and 97%, respectively.

In intermediate-risk patients, the 5-year progression-free survival rate was 75% between 1975 and 1990, but that rate improved to 84% in the Indiana University group. The 5-year OS rates were 79% and 93%, respectively.

“This is a retrospective study with an interesting finding, but it suggests that these patients can be safely treated with 3 cycles of BEP plus 1 cycle of etoposide plus cisplatin,” she added. 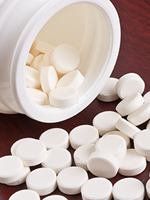