“Hormonal agents prolong the lives of men with castrate-resistant prostate cancer. The optimal sequence of agents to maximize survival is unknown. It is not known if a taxane would be more beneficial after an AR [androgen receptor]-directed therapy. We need biomarkers that can be used each time a treatment decision is needed,” explained Dr Scher.

The liquid biopsy was obtained from phlebotomy samples, and it characterized the heterogeneity of circulating tumor cells on a cell-by-cell basis at 3 key decision points, including before initiating treatment with enzalutamide (Xtandi), abiraterone acetate (Zytiga), or the taxane docetaxel (Taxotere).

The test was based on a phlebotomy blood sample that was stained with dye to identify circulating tumor cells and distinguish them from normal cells. The cells were scanned for morphologic features, “much like facial recognition software used at airports,” Dr Scher said.

A total of 15 mathematically defined circulating tumor cell phenotypes were identified. The frequency of these phenotypes differed by sample and by line of therapy. Heterogeneity was measured by the Shannon index score. Higher heterogeneity scores were seen with each subsequent line of therapy. The circulating tumor cells were also analyzed for genetic abnormalities.

These results suggest that initiating therapy with a taxane in patients with a high Shannon index score could lead to a better outcome than starting with enzalutamide or with abiraterone acetate.

“Prostate cancer tumors change and become more complex over time, suggesting that the cancer cell has machinery to evade treatment. A test such as this would be of incredible value [if validated] and allow us to offer the right treatment to the right patient. This is a personalized selection tool,” said ASCO spokesperson Sumanta K. Pal, MD, Assistant Clinical Professor, Department of Medical Oncology and Therapeutics Research, City of Hope, Duarte, CA, who moderated the presentation at the meeting. 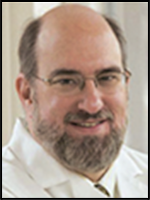