Strategies for Payer–Provider Contract Negotiation: Preparation and Data Are Crucial

The process should begin years in advance of current negotiations. At the very least, the “nitty gritty—the assessment—absolutely has to start months before,” said Dr Murphy at the 2016 American Urological Association Practice Management Conference.

“If you haven’t done that yet, and you have the opportunity for your contract to evergreen, you probably should let that happen, because you’re setting yourself up to get your clock cleaned,” Dr Murphy added.

Contemporary contract negotiations have to overcome the healthcare industry’s history of “siloed” components—multiple, somewhat misaligned stakeholders pulling in different directions. Until recently, the system had enough “play” to accommodate stakeholders’ disparate interests and objectives, and to allow each to arrive at the appropriate place. This is no longer the case.

“One of the problems we face right now is that we are trimming the fat. We are very close to having trimmed much of the fat, and we may even be getting into muscle. The practical implication of that is that unless we start pulling in the same direction...we run the significant risk that none of us—including the patient—will get to a position that is acceptable,” said Dr Murphy.

Continued success in relationships with payers requires the recognition and appreciation that “we are in the midst of a very significant transformational change in the healthcare system,” Dr Murphy noted. For example, fee-for-service delivery is transitioning out in favor of value-based payment; this transition requires moving away from autonomy and toward greater integration of thought processes and actions, he said.

The transition toward integration is evidenced in the recent consolidation of payers. In the past 18 months, Aetna purchased Humana, Anthem acquired Cigna, and Centene purchased Health Net. Adding UnitedHealthcare–the largest payer–to the mix results in 4 payers accounting for $368 billion of the nation’s healthcare. The consolidation means that fewer payers have greater influence, approaching the $500-billion Medicare benchmark.

The trend toward consolidation has occurred within the context of steadily increased spending on healthcare for the past 50 years. Since 1960, the proportion of the gross domestic product (GDP) attributable to healthcare has increased from 4% to more than 20%. By comparison, military spending has decreased by 50% for the same period.

“Economically, this is just not sustainable. If this trend continues, we will be spending an enormous percentage of our GDP on healthcare, and it is simply not something that can continue. That is the fundamental change behind the transformational change that is happening in 2016, relative to what you heard about...in 1990 that never really fully came to pass,” said Dr Murphy.

Office-based physicians have been disproportionately affected by payer cutbacks compared with hospitals. For the most frequently billed costs, hospital-based practices receive higher reimbursement than do ambulatory-based practices.

“That’s quite remarkable when you consider a couple of things. I suspect that those of you who are ambulatory-based, that you can make the claim that your quality is just as good as your hospital-based brethren. I think you could probably use data to suggest that. There is incontrovertible evidence that you can do it less expensively outside the hospital, because you don’t have to factor in facilities use and things like that that you need to cover,” said Dr Murphy.

By means of careful and thorough preparation, providers can effectively counter payers’ actions during negotiations to avoid the creation of winners and losers, and instead, arrive at agreements that do not require “giving in.”

Similarly, providers must have a thorough understanding of payers when entering a negotiation. Preparation calls for a careful SWOT analysis of the payers—strengths, weaknesses, opportunities, and threats.

“This can be something as simple as Google. Sometimes it’s reaching out to your network. I get tremendously valuable information about payers when I look to provide insurance for my own company by going to brokers,” said Dr Murphy.

The analysis of payers should include information about each major payer’s market share, competing payers and their market shares, and current performance profiles of the negotiating counterpart and other market players. The analysis should seek to identify whether the provider has leverage that can be brought to bear in negotiations, and whether the counterpart has weaknesses that can be exploited to provide advantage.

A provider should never enter a negotiation without a clear strategy, said Dr Murphy. As part of that strategy, the provider should know the best alternative to a negotiated agreement, the reservation—walk away—price, the desired contract terms and termination, and the points that can be conceded.

“Inflate your opening position. Obviously, you’re not going to get everything you want. Figure out what you absolutely need. What is the impressive-looking metric or measure that you couldn’t care less about? What contract terms and termination and periods do you want and why? All of that is important, as is the language of the contract—critical to understand it,” noted Dr Murphy.

Be aware of and prepared for payers’ various negotiating strategies, including delay, lack of empowerment (not authorized to make a change or a deal), last-minute changes, “creative mathematics” (carefully crafted numbers that are carefully crafted for a reason), obfuscation, ACOs, budget restrictions (real or fiction), narrow networks, indifference, and language (read and understand all).

Providers have multiple strategies at their disposal to counter those of the payers, including recognizing and leveraging a unique, quantifiable value proposition; considering an out-of-network position as an option; using public opinion as an ally; pitting payers against one another; selling the practice to a health system; and making the status quo unacceptable.

Data and Knowledge Are Power

“Data and knowledge are power. Do whatever you can to get them. Understand what the value is that you uniquely, exclusively, or better than anyone else bring to the market, and consequently to the negotiating table. Exploit that for all it’s worth,” recommended Dr Murphy.

As a final piece of advice, Dr Murphy reminded providers of the words of Helmuth von Moltke the Elder, Chief of Staff of the Prussian army before World War I, who said, “No battle plan survives the first contact with the enemy.” 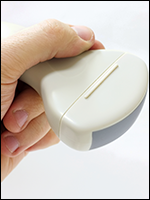 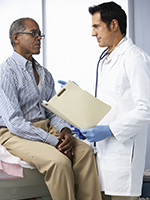